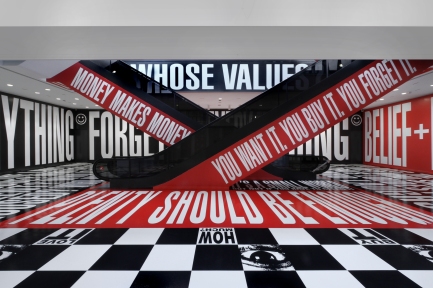 When, as children, we asked something to our parents which they couldn’t immediately answer, or preferably they first wanted to talk about together, we were told that they would discuss it in the “House and the Senate”. “House and Senate”, the Belgian equivalent for the “House of Commons” and the “House of Lords”.

Being youngsters we didn’t understand the political background of that expression, but we did understand that apparently we had asked something serious and important. A matter to be considered by both mother and father and in absence of our curious ears …
This private gathering took place in the marital bed, the place where they found time to talk, think over the pros and the cons, and sleep on it …
At those times the “House and Senate” just meant the bed, where father and mother discussed the more important issues. Now I can imagine the “House of Commons”, the talking and the common sense, was done and represented by my mother. The more silent and absent “gentleman”, the “House of Lords”, being my father.

Regarding the opinion of the other, listen and take into consideration, in an intimate context. To look in an empathic way to the future. A future we are making and designing for ourselves. A future we should make and develop for the next generations.
Discussions based on common sense and mutual understanding, on transparent arguments. Transparent as the zenithal light of the Mediterranean sun shining through open skylights into our early domestic interiors, shining over the Agora. Around these oculi, around the central hearth, people gathered and stories were told. In the shadows of the Stoa people walked and talked, philosophers spoke out loudly, around an open sky that belonged and still belongs to everybody.
Bed, primary hut, the atrium, – derived from the Etruscan word “Ater” for black, refering to the smoke of the hearth that blackened the walls -, the agora, temples of Vesta, the Pantheon, … places where people (and all gods) met.
The first intimate seats of democracy.

Perhaps democracy is a myth, an utopian thought that was never really obtained … Under the same blue sky, on the Athenian market-square, only merchants, passers-by and Diogenes remained. Diogenes (404 – 323 BC) criticizing institutions, embarrassing and mocking those who had left the public Stoa ; the elite class of free men, statesmen and philosophers. A first “speakers corner”.
Soon the “talking” became rhetorical and poisonous, spiced with oneliners and staged public appearances, with the aim to polarize, to “divide et impera”.
Socrates was sentenced to death by a jury of Athenian citizens mainly because he criticized traditional beliefs and the leadership of the polis. Not even a century later (322 BC), also Aristotle was found guilty by the same kind of arguments, but he fled saying “I will not allow Athenians to sin twice against philosophy“.
In Rome, the Senate became a place of murder.

Nowadays representative democracy is institutionalized and we experience it as an acquired right. But at the same time, because of the many complicated and compromising steps between the vote and the policy, it is criticized.
Perhaps ultimate democracy prevents decisive decision-making ?
In the Roman Republic, when fast and conclusive policy was needed to face critical situations, dictators were appointed. First for small periods of 6 months, after which the dictators had to give their special empowerments back to the Senate. After a period of 6 months, Julius Caesar obtained the title however for 10 years and in 44 B.C. he got it for lifetime …
Perhaps ultimate democracy tends to anarchy ?
“Prova d’Orchestra” (1978), the movie by F. Fellini, turns out to be an allegory on democracy in the turbulent sixties and seventies. The members of the orchestra start discussing the interpretation of the music with the conductor, the rehearsal having its grand finale in a destructive chaos. But finally, after a giant wrecking ball crashed into the rehearsel space, killing the harpist, the slapstick comes to an end. The conductor takes the lead again and dictates a fierce rhythm to the musicians.
Perhaps ultimate democracy is contrary to natural laws favouring the strong ?
After the Rebellion, the pigs in “Animal Farm” state that “All animals are equal”. Later in the “Fairy Story”, the same pigs claim shifty “but some animals are more equal than others” … After so many crop failures and revolutions, – these second events taking place mostly as a result from the first and so hunger being a less heroic motive -, a classless society, as described in the Marxist discourse, could not be realized. Some attempts even turned out into severe dictatorships, as George Orwell pointed out.

However, we should be aware that our current democracies were obtained after decades of struggle, barricades and emancipation, perhaps in the frame of, or due to, scientific progress and personal enterprise. In, what is historically seen as the craddle of democracy, the Athenian direct democracy (5th – 4th century BC) only Athenian citizens, excluding women, descendents of mixed marriages, slaves, … could participate. Nowadays, we all can vote and that universal suffrage was enabled because of the continious effort by utopian and revolutionary thinkers, the Suffragettes, civil right movements, Black Power, …
We should consider that finally, the “one man, one vote”-model brought peace, social security and general prosperity to our Western World, at least in a larger part of Europe. Again keeping in mind that it was during the “Wirtschaftswunder” that European democracy was established.
On the other hand, that Wirtsschaftswunder was also a another kind of process. A process to forget the horrors of the recent past back then, by not looking back, hard working and focusing on quantitative needs. With the emphasis on controllable, measurable data, on figures, indexes and graphs.
And as a result of that progression, how do our current regulated economies, with their mathematical inner rules and own demands, surfing from crisis to “Wunder” and to crisis again, how do these systems relate themselves to general and qualitative welfare ?
To what kind of welfare are we evolving now ? What kind of freedom ? What kind of happiness ?
Obliged happiness ? Purchasable happiness ? Conformist happiness ? Consumable happiness ? What are the real, short or long term, interests that influence the decision-making process and its makers, our democraticly choosen representatives ?

What does  “individuality”, one of the main characteristics of our Western civilization, signify in a globalized context ?
Can the noble “droits de l’homme et du citoyen”, the freedom of choice and by that the creative possibility to shape our personal and communal identities, survive whithin a worldwide natural, cultural and mental deforestation. Standardization, Disneyfication, digitization, Californication, Nannyfication, … many terms describing these diverse impoverishing phenomena.

By now globalization was interpretated in an economical way, the common interest being trade and profit. Small local and family enterpreneurship evolved into world wide branding. Firms aiming to privatise resources and monopolize goods. Monopolization, another term indicating the trend to outcompete the diversity of local industries, handmade products, craftmanship, …
Open trade markets and huge means of transportation were established in order to provide our industries with raw materials and to supply our needs with mass products. Our export containing mainly weapons and pollution. “Our” meaning we who live at the prosperous side of “our” globe.
In one direction we have mass tourism, in the other we have streams of refugees.

So if democracies appear as “limited editions” for, again, an elite of “free men”, and others are excluded, inside and outside democratic communities, the main question is if the “one man, one vote”-idea is just a mere pretext ? Redefining freedom, we could find out we are not as free as we thought to be.
If “Animal Farm” was a pamflet to pillory Communist regimes, perhaps we should also read again “Brave New World” (1932) and “1984” (1949) ?
Assuming that these predictions, written by Huxley and Orwell in pre and post war society and seen as political allegories, tell us more about the human kind itself, we could ask who is benefitting nowadays, who pockets the profits ? And perhaps, who is pulling the strings ?

Why are the marionettes in the installation “The Troublemakers” of the Austrian contemporary artist Markus Schinwald (°1973, Vienna) tapping anxiously with their shoes on an individual mechanical rhythm ? Military, but in disorder. Why do these well dressed males, with their distorted faces, look a bit arrogant, disturbed, irritating ? Free men, but pulled and pushed. Regarding the faces, the strings even hurt a bit. Making trouble or feeling troubled ? 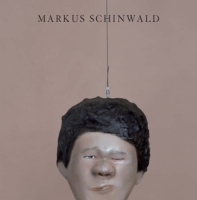 Our interiors are the places where we, as youngsters, learn to argue in a playful way. Where we, as adults, live together, co-exist, and discuss in favour of general interest. The interest of the family, our children, their future. Where we agree and sometimes disagree, but where we find consensus.
So being the seat of democracy we have to question our interiors. We have to question and perhaps rethink our dwellings and its windows towards the world. Already for ages the “primary hut”, the one space-concept, is replaced by the less democratic functioning dollhouse-concept. The dollhouse, an extensive and excessive collection of seperate functional rooms, representative spaces and cosy cocoons. The partition of activities into seperate rooms leads to optimised specialisation and by that maximum comfort and luxury. Corridors, stairs and elevators organise more by dividing than connecting, the time experience being linear ; we go from A to B, we go to eat, to cook, to bath, to (un)dress, to watch television, to sleep, … We are in the room, or out.
In this concept the doors became small facades, decorated, uniform and anonymous, not indicating what is behind. Closed or locked rooms, secret rooms, empty rooms, forbidden rooms, … Rooms as characters in the play of H. Ibsen (“A Doll’s House”, 1879), with their secret feelings, frustrations and hidden desires. The house as the set for intrigues, a comedy of doors, a “Comedy of Errors”.

Nowadays flat screens replace windows, offering speedy and spectactular views to the outer world. Framing and intensifying the outside, opening and limiting our horizons. The outside, “Crystal Eyes” spying and interfering into our daily lives.
Flat screens as windows to the inner world, faking fireplaces and storytelling, offering easy entertainment.

Democracy starts with the will to get along, inviting the other, to communicate, to dialogue with each other. Kitchen and fireplace being one “door” for the stranger, the passer-by. Sharing food and warmth, and, around the table, create space for further “deliberation”.
Democracy starts inside and around our dwellings, in the thresholdzones, with the necessary small talk between the members of the family, between neighbours, guests, visitors, …
Democracy starts with the effort to listen and the intention to understand “the other”. To be curious in other points of view. Therefore our dwellings are the seat of democracy. 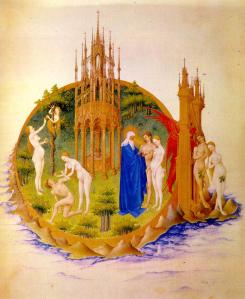 FROM INSIDE TO OUTSIDE
Assignment for students “Architectural light and colour”

Starting point of this assignment was my proposal for the Light Festival Ghent 2015 ; “Raamvertellingen”.
“Window stories” is project in which other ways to lighten urban fabric are developed, in this specific case initiated by individual stories, a related object, item, artifact, souvenir, fetish, item … and private windows. The Dutch text of the “Raamvertellingen”-project is hereby appended.
A clear conceptual and/or architectural thought has to be translated by means of light and colour, has to be implemented in a certain context in which interiors start dialoging and exteriors anticipate. The light intervention from the inside has to mean something for the outside, preferably triggering a (non-)verbal conversation. 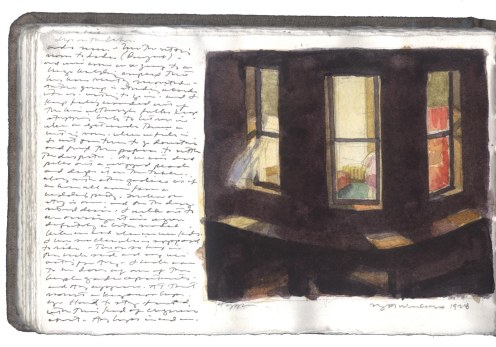 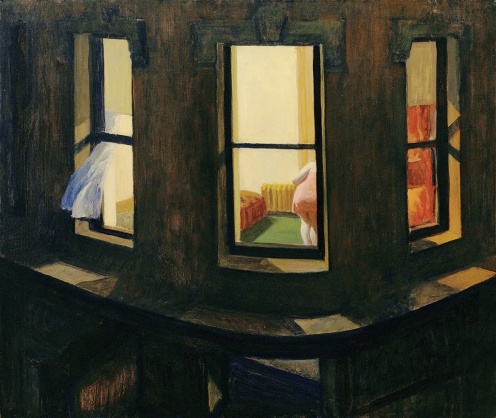 Students have to research links or tracks between a chosen interior and an aspect of democracy by means of, what I would like to call the “Aby Warburg-procedure”.

INTIMATE ROOMS vs. THEATRE OF DEMOCRACY
Assignment for the students “Scenography”.